Coenzyme Q10 by the numbers 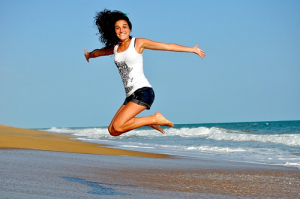 As we get older, we no longer run as fast or jump as high. Millions of us have chronic heart failure and feel tired and out of breath. Millions more take statin medication. Even more millions have high blood pressure. A well-documented ubiquinone Q10 supplement can help to restore the energy production process in the heart muscle cells.

Let’s take a look at some of the key numbers that define Coenzyme Q10.

2 – 3 hours after ingestion: Q10 peaks in the abdominal lymph
The lymph system receives the ingested Coenzyme Q10 from the absorption cells in the small intestine in its oxidized form, the ubiquinone form.  In the lymph, the Q10 is converted to its reduced form, the ubiquinol form, and the Q10 is transported to the venous blood.

6 – 8 hours after ingestion: Q10 peaks in the venous blood
Dr. William Judy of the SIBR Research Institute explains that the Q10 enters the blood in the form of ubiquinol.  The reason that the Q10 takes 6 – 8 hours to reach its peak concentration in the blood is that the flow of the lymph is relatively slow.

Many of the key Coenzyme Q10 figures in this article come from the data compiled by Dr. William Judy, Founder and Chairman of the SIBR Research Institute.

Dr. Judy estimates that the upper limit for single-dose total absorption of Q10 will prove to be approximately 12% to 15% since 15% is the theoretical highest absorption percentage for a molecule the size of Q10 that is absorbed through a passive facilitated diffusion process.

As I have mentioned above, there is much variation in Q10 absorption levels and in plasma Q10 concentrations among individuals and groups.  The figures given here – 0.6 – 1.0 mcg/mL and 2.5 mcg/mL – are perhaps an average figure for middle-aged and elderly Americans.

Such factors as age, body mass, diet, disease condition, ethnic origin, and exercise level are all factors that may affect the Q10 absorption percentage.

Then, when, eventually, the Q10 passes from the thoracic lymph into the venous blood, the Q10 entering the circulation will be approximately 90% – 95% in the form of ubiquinol. This conversion from ubiquinone to ubiquinol in the lymph is thought to be due to the action of the converting enzymes (the oxy-reductase enzymes) that are released from the epithelial cells in lymph vessels.

30% – 40% increase in brain mitochondrial Q10 levels
In animal studies (mice), researchers have seen a 30%–40% increase in cerebral cortex mitochondrial concentrations of CoQ9 and CoQ10 after 12 months of supplementation.  This is evidence that Coenzyme Q10 does cross the blood-brain barrier.

17-step process to synthesize ubiquinone Q10
When our bodies synthetize Coenzyme Q10, there is a complicated 17-step process that is required for the production of the Q10 molecules.  To be effective, this process requires adequate bioavailability of vitamin B6.  After we reach our mid-20s, our bodies make less Coenzyme Q10 with increasing age; hence, the need for a good daily Q10 supplement.  There is not enough Q10 absorbed from food to meet an adult person’s need for approximately 3.2 – 3.5 micrograms of Q10 per day.

54% reduction in cardiovascular-related deaths in the Q10/selenium group
In the KiSel-10 study, supplementation with 200 mg of ubiquinone Q10 and 200 mcg of an organic selenium yeast product produced a significant reduction in cardiovascular-related mortality and significant improvement in measures of heart function, again as compared to the placebo group.

The numbers speak for themselves.  Ubiquinone Q10 supplementation is necessary and beneficial for good heart health.