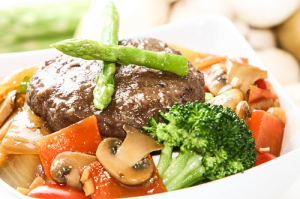 I am not going to say that supplements are a substitute for a healthy and varied diet. They are not. But, in the case of Coenzyme Q10 intakes, the best imaginable diet needs to be supplemented once we reach our 40’s and beyond.

Coenzyme Q10 supplements are important for the heart health benefits that they confer.  No doubt about it.  We have documented evidence from gold standard clinical trials comparing the outcomes in a ubiquinone Q10 treatment group with the outcomes in a placebo group.

What do we know about Coenzyme Q10?

What don’t we know about Coenzyme Q10?
The thing is this: we do not know that an individual can get enough Coenzyme Q10 from his or her normal diet to meet his or her daily Q10 requirements.

For Dr. Judy, it is a matter of simple arithmetic. We produce less Q10 as we age, and we do not get enough Q10 in our food to make up the difference. We need a Coenzyme Q10 supplement. Every day. Some of us will need a Q10 supplement twice a day.

A study of the Coenzyme Q10 content of typical meals in Denmark has shown that the normal daily intake of Q10 from food ranges from 3 to 5 mg per day (4).  But that is the amount of Q10 in the food that is eaten.  It is not the amount of Q10 that is absorbed from the food.  If 8 percent of the Q10 in our food is actually absorbed, then we get 0.24 to 0.4 milligrams of Q10 per day from food.  That is not enough.

Coenzyme Q10 from meat and fish
Legumes (beans and peas and nuts and lentils) do contain some Q10. But most of the Q10 from food comes from the animal proteins that we eat. Even then, we get relatively little Q10 from the meats and fishes that we eat, especially if these items are cooked.  Dr. Judy gives the following example: we would have to eat 3 pounds of beef steak daily to get our needed 3.5 mg of Coenzyme Q10.  Or, he says, we would have to eat about 2 pounds of liver to get 3.5 mg of Coenzyme Q10 into our blood.

Coenzyme Q10 supplements necessary for middle-age and elderly people
Really, the only possible conclusion is that middle-aged and elderly people need a ubiquinone Q10 supplement if they are going to get the required amount of Coenzyme Q10 on a daily basis.  After all, their bodies are producing less Q10, and they are not adding enough Q10 in their meals to make up the difference.  Dr. Judy estimates that a 65-year-old person may produce 50% less Coenzyme Q10 than he or she did at age 25.

Remember: the rate of absorption will vary considerably from person to person depending upon such factors as age, body mass, diet, disease condition, ethnic origin, and exercise levels.

Scenario 2: Elderly heart failure patients and/or patients taking statin medications whose blood Q10 levels have fallen down to 0.50 micrograms per milliliter really do need to get a full 2.2 mg of Q10 daily from a good supplement.  Actually, people in this category should be taking a Q10 supplement twice a day at least.

We need a good ubiquinone Q10 supplement.  Fortunately for us, Coenzyme Q10 is available now in products with a documented effect, is well tolerated, and is affordable.