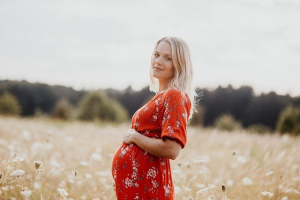 The reasons for a poor ovarian response to stimulation with gonadotropins are not clear. Mitochondrial dysfunction and oxidative stress are possible explanations for the diminished ovarian response. Coenzyme Q10 is essential for energy production in the mitochondria of oocytes and is important for antioxidant protection in oocytes.

The CoQ10 pre-treatment was associated with improved pregnancy and live birth rates.

The miscarriage rate was 9% in women from the CoQ10 group and 13% in women in the control group.

In the study, women under the age of 35 diagnosed with poor ovarian response were randomly assigned to take 200 milligrams of Coenzyme Q10 three times a day for 60 days (n=76) or to take a placebo (n=91).

Most of the women were diagnosed with primary infertility and had not tried assisted reproductive technology before.

Outcomes of CoQ10 Pre-treatment of Women with Poor Ovarian Response

The study results demonstrated that pre-treatment with CoQ10 supplements had the following outcomes compared to the placebo treatment:

The women ranged in age from 31 to 46 years with an average age of 33 years in the CoQ10 supplemented group and 35 years in the placebo group.

The women in the active treatment group received 2 x 100 milligrams of Coenzyme Q10 daily in divided doses and with meals for 30 days.

Outcomes of the CoQ10 Supplementation of Women undergoing IVF

Effect of CoQ10 Supplementation on Women over the Age of 35

In the patients supplemented with Coenzyme Q10, the follicular fluid total antioxidant capacity was significantly decreased, especially in women over the age of 35 years.