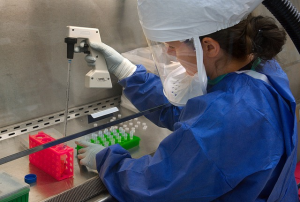 The results of the KiSel-10 study have shown that daily supplementation with 200 milligrams of Coenzyme Q10 and 200 micrograms of SelenoPrecise® selenium significantly reduced the levels of sP-selectin and hs-CRP, both markers for inflammation, as compared to placebo supplementation.

Now, a recent meta-analysis of the research literature up to February 2016 has shown that Coenzyme Q10 partially improves the process of reducing systemic inflammation [Zhai 2017].

Meta-analysis of Coenzyme Q10 and inflammation
The meta-analysis carried out by Dr. Zhai and his colleagues examined 9 randomized, double-blinded, controlled trials that enrolled 428 study participants.  The researchers excluded studies that used Coenzyme Q10 in combination with other drugs or nutritional supplements.  The results from the 9 studies were published in English in the period 2009-2015.

Duration and dosage of the Coenzyme Q10 supplementation
The analyzed studies ran from 8 to 12 weeks.  The dosage used in the studies ranged from 100 to 500 milligrams daily.  All the studies were placebo-controlled studies.

Increased IL-6, TNF- α, and C-RP levels are markers for inflammation and have been associated with increased risk of insulin resistance, type-2 diabetes, and heart disease [Zhai 2017].

Results of the Coenzyme Q10 supplementation

In the aggregated data of the 9 studies, Coenzyme Q10 supplementation did not significantly differ from the placebo supplementation in the effect on IL-6 and C-RP levels.

They called for further investigation of the effects of Coenzyme Q10 on systemic inflammation, in particular with respect to differences in the age, sex, ethnic background, body mass index, lipoprotein concentrations, and health status of the study participants.  Most of the participants in the Zhai meta-analysis were of Asian origin [Zhai 2017].

Fortunately, Coenzyme Q10 supplements that have a well-documented formulation are safe, effective, and affordable.

Disclaimer: The information presented in this article is not intended as medical advice and should be regarded as such.