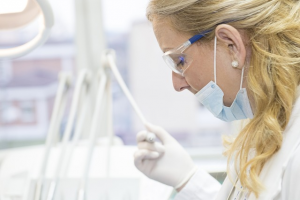 The major risk factors for the hepatocellular carcinomas are hepatitis B or C and alcoholic liver disease. The most efficient treatment for this form of liver cancer is surgery.  However, the surgery also causes increases in inflammation and oxidative damage (the cellular damage caused by highly reactive free radicals) [Liu 2017].

Results of the Coenzyme Q10 supplementation
The Taiwanese study results are very encouraging.

Supplementation twice daily with 150 milligrams of Coenzyme Q10 for a daily total intake of 300 milligrams over a period of 12 weeks yielded the following statistically significant results:

Please note that, at baseline, the patients in the Coenzyme Q10 supplementation group and in the placebo group were similar with respect to a long list of potentially confounding variables:

Furthermore, the GPT and HDL-C results reported above indicate that there is a possible role for Coenzyme Q10 supplementation in guarding against liver toxicity and cardiotoxicity during cancer treatment [Liu 2016].

What does Coenzyme Q10 do?
Coenzyme Q10 molecules are redox chemicals that, in their oxidized form, serve as a key co-factor in the process of cellular energy production.  In their reduced form, they are important lipid-soluble antioxidants that protect cellular membrane phospholipids, membrane proteins, and low-density lipoprotein cholesterol (LDL-C) from the oxidative damage caused by free radicals [Liu 2016].

The researchers’ conclusion
The researchers concluded that the administration of Coenzyme Q10, 150 milligrams twice daily, to patients with liver cancer during and after surgery can be very beneficial [Liu 2016].  In addition to reducing the patients’ levels of oxidative damage and increasing the patients’ levels of protective antioxidant enzyme activity, the supplemental Coenzyme Q10 can protect vitamin E against oxidation by free radicals and can help to regenerate and maintain vitamin E levels during periods of oxidative stress [Liu 2016].

The researchers also reported that the use of Coenzyme Q10 supplements was associated with significantly lower rates of post-surgery morbidity, muscle weakness, and accumulation of excess fluid around the lungs [Cannistrà 2016].