Home/More about Coenzyme Q10 and breast cancer
Previous Next 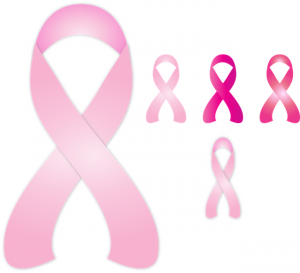 Pink awareness. Very important. Awareness of the risk of breast cancer. We want to be aware, also, of the need for daily Coenzyme Q10 supplementation. Our bodies produce less Coenzyme Q10 as we get older. Breast cancer patients need Coenzyme Q10’s energy producing function and its antioxidant role.

Breast cancer is doubly frightening.  First, there is the fear that the tumor will metastasize, leading to more deadly cancers.  Secondly, there is the dread of the chemotherapy and its adverse effects: the hair loss, the sores in the mouth, the nausea and vomiting, the diarrhea.  But Coenzyme Q10 supplements may help.

How can Coenzyme Q10 help in the fight against breast cancer?  There is research evidence for beneficial effects of Coenzyme Q10 supplements:

Coenzyme Q10 delays the growth of breast cancer tumors
The Danish ANICA study and the Danish End-Stage Cancer study have shown that daily supplementation with Coenzyme Q10 in combination with other antioxidant nutritional supplements is associated with significant health benefits [Lockwood; Hertz & Lister]:

Coenzyme Q10 and reduced levels of  inflammation in breast cancer patients
Breast cancer researchers in India have reported exciting results of daily supplementation with Coenzyme Q10 in combination with riboflavin and niacin [Premkumar 2007].  While being treated with 10 milligrams of Tamoxifen twice daily, 84 breast cancer patients were assigned randomly to a placebo control group or to a group receiving the following adjuvant antioxidant supplements:

Remember: the women in the placebo group were taking the same tamoxifen dosage but without the added Coenzyme Q10 and riboflavin and niacin.

These research results give reason to hope that daily supplementation with Coenzyme Q10 can reduce the risk of breast cancer progression and recurrence and metastasis [Premkumar 2007].

In a research study done in India, researchers recorded numerous tamoxifen-related statistically significant alterations in post-menopausal breast cancer patients’ blood chemistry parameters.  When the researchers used a combination of Coenzyme Q10 with riboflavin and niacin together with the tamoxifen, the breast cancer patients’ blood chemistry parameters reverted back to near normal levels [Yuvaraj 2009].

Coenzyme Q10 inhibits the extent of angiogenesis in breast cancer
Angiogenesis – the development of new blood vessels – promotes tumor cell progression and dissemination and may promote metastasis.  Daily co-administration of Coenzyme Q10, riboflavin, and niacin together with the tamoxifen treatment reduced the levels of biological markers for angiogenesis as compared with tamoxifen treatment alone [Sachdanandam 2008].

Coenzyme Q10 aids ATP energy production in breast cancer patients
The use of the drug tamoxifen may be associated with an uncoupling of the electron transfer process in the mitochondria from the process of generating ATP energy [Gröber].  Supplementation with Coenzyme Q10 may help to offset this adverse effect of tamoxifen.

Coenzyme Q10 is an essential supplement for breast cancer patients
Our knowledge of Coenzyme Q10 is just 60 years old.  The fat-soluble molecule was discovered in 1957.  Since then, it has proven possible to formulate Coenzyme Q10 supplements that are safe, affordable, and effective:

Now it seems that the cellular bio-energetics function and antioxidant role of Coenzyme Q10 may augment and ameliorate the conventional treatment of breast cancer patients.

Disclaimer: The information presented in this review article is not intended for use as medical advice.